Forgive ~ It’s good for your health!

“To err is human, to forgive divine.”

The act of asking and giving forgiveness is an essential part of the human experience. Whether your child breaks your favorite vase, someone cuts you off in traffic, your co-worker bad mouths you at work, or you and your spouse have a misunderstanding, every day we encounter situations that require us to exercise forgiveness. As it turns out, when we practice this key to spiritual living our health improves.

About.com has an extensive health section that is reviewed and supported by the Medical Review Board. Here is what About.com had to say on the topic of forgiveness.

Barbara Y. Martin explains that when we truly forgive we are alining ourselves with our divine nature. When we give genuine forgiveness it appears in the aura as the pink light of divine love, and when we ask for forgiveness it can appear as the purple light of peace. The act of asking for and giving forgiveness brings in the higher dimensions of consciousness.

Dimitri Moraitis emphasizes that when we forgive we’re actually freeing ourselves from negative and detrimental energy. If we choose not to forgive, we tie ourselves to the person/situation that created the disturbing condition to begin with. 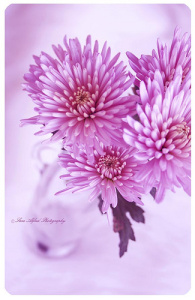 It is hugely important to forgive as soon as possible. Why? Because the longer we hold on to the offense, perceived or real, the more difficult it becomes to forgive and move forward.

To help the forgiveness process ask the deep rose pink light of divine love to go the person you are forgiving, or the person you are asking forgiveness from. See yourself and the other person encircled in the pink light. Pray that everyone involved be uplifted in love. You can also ask the angels to enfold the other person in the light of love. You may have to forgive many times, but stay with it until you feel the release.

No matter what someone does, you have the power to forgive. This is one of the greatest tools of healing you will ever have.

Karremans JC, Van Lange PA, Holland RW. Forgiveness and its associations with prosocial thinking, feeling, and doing beyond the relationship with the offender. Personality and Social Psychology Bulletin, October 2005.

Learn to Meditate with
Divine Light

Please fill out the form below to access the webinar. You will also receive an email with a link to the webinar for later viewing.