The Aura of Leadership 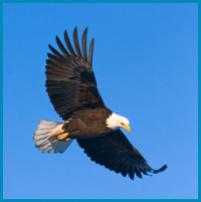 And so one of the most unusual and dramatic presidential elections in history has come to a close and the United States has a new leader in Barack Obama. In many ways, Obama represents much more than just a new face in politics, he represents a new way of seeing the world. He is a new voice for an emerging generation of people and way of thinking. The enthusiasm he has generated around the world indicates that the hope he offers is not just for a nation but for a world that is now fully engaged in the dynamics of the 21st century.

What can we expect from Obama? Can he live up to the hopes and dreams that so many have? The Higher has shared that this is a beginning. There are new dynamics in play and we are entering into a period of rebuilding. Changes will happen and there are brighter days ahead, but these changes will not all happen overnight. The nation has come out of a difficult period of national karma. The Higher tells us there was a grey pallor over our nation, and for that matter the world, reflecting the challenging times we have been facing.

Fortunately, this national karma is coming full circle. The grey energy around our nation has been released and now there is a pure white light indicating an upliftment or spiritual facelift is taking place. Again this does not mean things are going to change immediately, but the spiritual energy is there to build a bright future. Obama represents this turn for the better that is in store for our country and, in due course, the world.

In terms of Obama himself, no question he’s sincere and will try to do the best job he can. This is reflected in his aura. Obama has a pronounced royal blue in his aura. Royal blue shows dedication indicating his sincerity to make a difference. There is devotion and loyalty here which again shows his heart is in the right place. Royal blue also indicates determination. Certainly, Obama has demonstrated a great deal of determination to get to the place he is now.

He also has a pronounced emerald green energy. This reveals a balanced and steady person. He is not easily upset or unnerved by things going on around him. It indicates he is capable of seeing both sides to a situation and would be a good mediator in working out conflicts with others.

In understanding the spiritual dynamics of leadership, another factor to keep in mind is that there is a karma and destiny when it comes to presidents. The leaders we have are destined to be our leaders. It is rare that someone becomes a leader who was not meant to lead, and if they do it’s for a short time. We may complain about a leader’s performance or decisions, but it is our national karma-good or bad-to have the leaders we have. Of course, we must still go through the process of selecting our leaders, as we have just done, but in doing so, what we are really doing is fulfilling our part in the divine plan.

So it is the destiny of our nation to have Barack Obama as our leader. While we may differ on various issues and share differing points of view, as citizens of this great nation we must all stand and support our new leader. There is a lot of work ahead and we must all do our part to take this country to a new and better place. Pray for our leaders; they need our support. Pray for our nation and pray for the world.

In Divine Light and love,

The Aura and Seeing into the Future

People have often asked if I can see future events in the aura. Sometimes, people want me to be their

The Aura of Relationships

Updated: February living-light, 2016 It goes without saying that relationships are a huge area of our lives. How we handle

The Aura and Spiritual Evolution

It is estimated that today one in three people are looking to better themselves through personal and spiritual growth. It