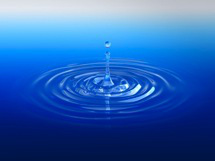 Recently, the institute received a wonderful testimonial from a man who was greatly helped by the aura healing techniques. Many wonderful testimonials have come in, yet the immediacy of this story was particularly touching. This healing was done by a student who only recently had received her healing certification. Yet she was able to be such an effective channel of healing. The techniques she used were the ones taught in our classes and ones I have been using all my life. I share this story with you to encourage you in your healing path, as all of us have something in our life that needs healing in one way or another.

This student asked that her name be kept anonymous, but I will let her tell the story in her own words:

“My friend and co-worker knew I did spiritual healings and asked me if I would give a healing to her dad. He was just diagnosed with lymphoma and has already started chemotherapy and was having a severe reaction to the treatment.

“When I went to his home, he was sitting in a chair and looked very tired and thin. His face was gray and he looked half-dead. He no longer had the energy to go up the stairs to his room to sleep, so they placed a bed in the family room for him. It was even difficult for him to go to the couch to lie down for the healing. He used a walker to move around. His daughter (my friend) had to help him move from the chair to the couch. I began the healing work and the light came through very strong. During the healing, he fell asleep and was snoring though the whole session. Then after the healing was finished, I woke him up and he sat up on the couch. I told him to sit there and relax and let the energy work through him.

“I went to the kitchen with my friend and sat down for a little while. We had only been sitting there for a few minutes when we heard movement and her father saying he was hungry and wanted to have lunch! He had gotten up from the couch on his own and started walking to the kitchen without the walker. His daughter panicked and ran to get the walker but he motioned to her not to, that he didn’t need it. He walked all the way to the kitchen on his own and sat down for something to eat. This was a man who only a short time ago could barely move at all. The grayish look on his face was gone. He now had color on his face. We were shocked at the sudden and dramatic difference.

“I went back about a week later to give him another spiritual healing treatment just before his next chemotherapy. When I got to the house, I wondered where he was because he was not in the family room. My friend just smiled and said he’s upstairs waiting for you. I asked how he made it up upstairs on his own. She said he doesn’t sleep downstairs since our last session. He sleeps up in his room now. He goes up and down the stairs by himself.

“When I went into his room, where was he? On the floor cleaning his closet! I couldn’t believe it. It was amazing. I gave him another healing. I heard the next day when he went for his chemotherapy treatment, the doctor asked what was going on and what he had done to look so good. What’s more, after his second chemotherapy treatment, he has no adverse reaction, no nausea, no vomiting, no sickness of any kind, no loss of energy. It was the complete opposite reaction to the first treatment.

“I should say that when I gave him his second healing, he asked if I would give a healing to his wife as well. She was having severe neck pain and the circulation in her legs was so poor that they looked purple. After the healing, she was in tears and I asked why she was crying. She said she had a vision. She said she had a vision of the Lord. At first, He appeared far but then came closer and closer. The next day, my friend said you won’t believe this, but her mother’s legs were now pink and healthy in color and the pain in her neck had disappeared.”

This is such a wonderful story of God’s healing power and what an effective channel of healing this student is. Of course, any healer cannot dictate what form of expression the healing will take. The healer is only the channel of healing, not the source. Yet when we are given such a clear demonstration of God’s miraculous power when applied with a sincere and genuine heart, we cannot but help feel encouraged. It is my understanding that the man in this story continues to do well. The prognosis is still uncertain, but he’s showing so much improvement the doctors feel much more hopeful. Our prayers continue to go out to the family and we wish him a continued and full recovery.

In Divine Light and love,

By Adriana Paredes MA MEd, SAI Staff Could it be possible? Could the prayers of a handful of people help

What is the cause of illness?

Excerpt from The Healing Power of Your Aura: “There are two basic causes of illness: spiritual and physical. If you