The Secret Destiny of America 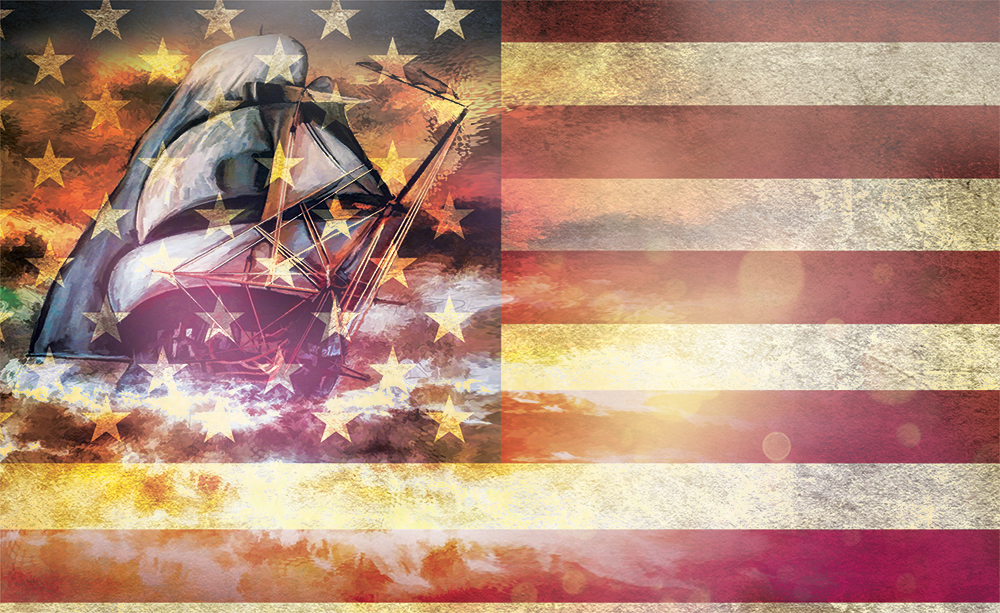 The Secret Destiny of America
By Barbara Y. Martin and Dimitri Moraitis

We all know the inspiring story of the formation of the United States—how a rebel colony broke away from the mighty British Empire to establish a new nation in a new land, founded on the highest ideals of “life, liberty and the pursuit of happiness.” Modeling this new country on the ancient Greek democratic system, the Founding Fathers established what was to become one of the most successful and influential nations in the world today.

What is less understood are the mystical roots of our nation and how the United States is part of a greater plan for all humanity.  As metaphysics teaches, these roots were initiated and are perpetuated to this very day by spiritually advanced souls who work behind the scenes. Their purpose is to tirelessly strive to further the divine plan, uplifting and inspiring humanity. These illumined souls are found in every country; without them civilization would quickly decay.

The formation of the United States was greatly inspired by the European mystics, some of whom were among the first Americans. These mystics were part of what are called “secret societies.” Much misinformation has been given regarding these secret, or more appropriately, mystic societies. They thrived for centuries despite great challenges and obstacles. They worked in secret only in the sense to preserve the integrity of their work from persecution and corruption. These souls held to the highest and most noble ethics and ideals. They were strategically positioned throughout political, financial, educational, business and religious systems and institutions.

A mystic society that had enormous influence on the design and formation of the United States was a group known simply as “The Unknown Philosophers.” (No, the ones who bear similar names found online are not the ones spoken of here!) The true Unknown Philosophers are one of the best preserved secrets in metaphysics. They are an ancient group and have inspired some of the noblest human efforts for many centuries. They are a driving influence for other metaphysical groups and have played a key role in the growing spiritual renaissance unfolding today. As the name implies, they have been remarkably successful in maintaining their anonymity, so very little is known about them and how they work. Yet even to this day, they are making some of their boldest efforts to help usher humanity into a more enlightened age.

It is this mystical group that helped inspire American democracy and the part America is playing in the universal plan to establish a world democratic fellowship of all nations and races on earth of free thinking, creative expression, and spiritual freedom.

This global fellowship is the needed foundation for a new spiritual age—the New Day—that has been promised but yet to be fulfilled. It’s up to us to lay the groundwork in every field of endeavor so that humanity is ready for a golden age that is our collective destiny.

We are the builders of our civilization. As the various nations of the world are becoming more interdependent structures, we need to develop a stronger international ethical system and a shared unity of human interest. To do this, as the great spiritual philosopher Manly P. Hall states, “Civilization needs a world purpose—a world dream great enough to inspire unity of world effort.”

More than ever, we need to embody the founding principles that have made this country great. We are only at the threshold of what our democratic state and the democratic commonwealth can be. Despite present conflicts and challenges, the world is headed for brighter days. It’s up to us to contribute our part in building a better world for ourselves and generations to follow.

The Secret Destiny of America Workshop with Barbara Y. Martin and Dimitri Moraitis will be held on Saturday, July 8th. We invite you to join us online or in-person in Encinitas, CA. Find more details and registration information here.

Communing with the Divine

Of the clairvoyant gifts I have been blessed with, I count my connection with the Holy Ones as my most

Prosperity and the Turquoise Ray

Spiritual energy is not a genie or a magic wand. The purpose of Divine Light is to raise your consciousness

Sometimes when we get an inspired idea we don’t trust ourselves enough to put that inspiration into action. By working